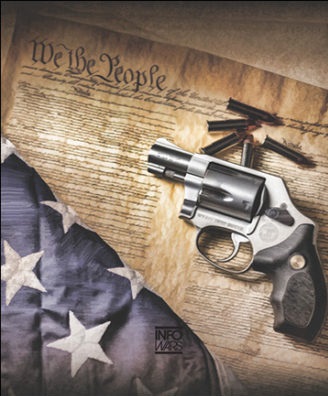 The Ninth Circuit’s decision in Peruta v. San Diego, released minutes ago, affirms the right of law-abiding citizens to carry handguns for lawful protection in public.

California law has a process for applying for a permit to carry a handgun for protection in public, with requirements for safety training, a background check, and so on. These requirements were not challenged. The statute also requires that the applicant have “good cause,” which was interpreted by San Diego County to mean that the applicant is faced with current specific threats. (Not all California counties have this narrow interpretation.) The Ninth Circuit, in a 2-1 opinion written by Judge O’Scannlain, ruled that Peruta was entitled to Summary Judgement, because the “good cause” provision violates the Second Amendment.

The Court ruled that a government may specify what mode of carrying to allow (open or concealed), but a government may not make it impossible for the vast majority of Californians to exercise their Second Amendment right to bear arms.

Eugene Volokh may be too modest to say so, but the Court cites him four times, to his articles Implementing the Right to Keep and Bear Arms for Self-Defense: An Analytical Framework and a Research Agenda, 56 UCLA L. Rev. 1443 (2009); andThe First and Second Amendments, 109 Colum. L. Rev. Sidebar 97 (2009). I got one cite, for  The Second Amendment in the Nineteenth Century, 1998 B.Y.U. L. Rev 1359 (1998). [Other modern scholars cited were Nelson Lund, Stephen Halbrook, Clayton Cramer, Joseph Olson, Michael O’Shea,  and Joyce Malcolm, all of whom are familiar to longtime VC readers.]

I had participated in the case by filing an amicus brief for the International Law Enforcement Educators and Trainers Association and the Independence Institute, although the particular issue addressed in the brief became irrelevant before the case was decided.  At the time of the brief, California law allowed persons to carry anunloaded handgun openly for self-defense, without need for a permit.  The District Court had said that this was sufficient for exercise of the right to bear arms for self-defense. The amicus brief explained the mechanics of defensive gun use, and why it is unrealistic to expect that most people will be able to load and use their firearms after the perpetrator has begun a violent felony attack. Subsequent to the filing of the brief, the California legislature changed the statute, so now defensive open carry in any form is also prohibited.

The Peruta decision employs the typical two-step test which has been adopted by many federal courts: 1. Does the conduct at issue involve Second Amendment rights? 2. If so, then apply heightened scrutiny; but if the law destroys the right, rather than merely restricts it, the law is categorically unconstitutional, with no need for detailed analysis under strict or intermediate scrutiny. The details of the two parts of the test vary among the Circuits, and not all Circuits recognize the final item in Step 2.

The Peruta Court expressly stated that its ruling only applies to law-abiding citizens.  The plaintiffs were in accord; they did not challenge the statutory requirement a permit applicant must be of “good moral character.”

The Peruta decision examines the text of the Second Amendment, the Supreme Court decisions in Heller and McDonald, and the legal history of the right to bear arms. The Court pays particular attention to the historical cases and commentators that have been favorably cited by Heller and McDonald. The survey leads straightforwardly to the conclusion that the right to carry a gun in public places for lawful self-defense is part of the Second Amendment right. So plaintiffs pass step 1 of the two-part test.

As Heller had observed, there are many 19th century cases which say that a state may ban concealed carry so long as open carry is still allowed. California might have been able to do the same. But it is unconstitutional to prohibit carrying in every mode: “the Second Amendment does require that the states permit some form of carry for self-defense outside the home.”

The Peruta decision does not strike down California’s statutes about licensing for the carrying of firearms. The decision simply says that the “good cause” requirement may not be interpreted in a manner that disable typical law-abiding citizens from being able to obtain carry permits. The state statute is fine; the way the statute was interpreted by many California jurisdictions is not.

Today’s decision creates a split of the Seventh and Ninth Circuits vs. the Second, Third, and Fourth Circuits. The Peruta Court says that Circuits 2-4 erred by relying on cases which are, pursuant to Heller, incorrect, because those cases say that the only purpose of the Second Amendment is for the militia; Heller teaches that the Second Amendment right includes personal self-defense, and need not be connected to militia service.

The Peruta Court also explains the errors in how Circuits 2-4 applied intermediate scrutiny. First, those Courts essentially used Justice Breyer’s “interest-balancing” test from Heller; since Justice Breyer was writing for the dissent in Heller, that is plainly the wrong methodology. Second, the northeastern Circuits cited the Supreme Court’s Turner Broadcasting case, but failed to apply it. The case requires the government to carry the burden of proof that the restriction is not “‘substantially more . . . than is necessary to further’ [the government’s legitimate] interests.” The government’s policy of simply forbidding almost everyone to carry guns did not meet this standard, and the northeastern Circuits erred by thinking that it was.

It is possible that San Diego County may petition for en banc review. Now that there is a well-developed circuit split, it is possible that the Supreme Court may grant one of the right to carry cert. petitions currently pending, arising from the northeastern cases. For today, congratulations are in order the firm of Michel & Associates, which has been taking the lead in right to carry litigation in California.