MANY Guns Not Available in California Soon. Better Shop Now! 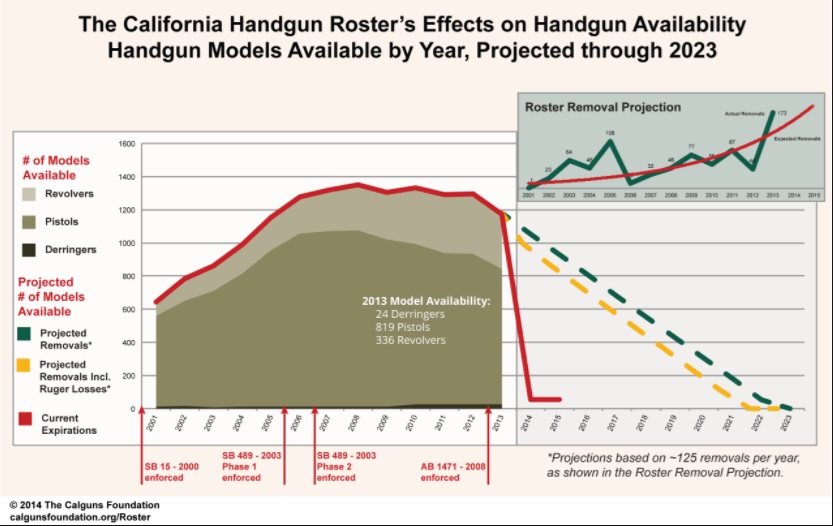 4/30/2009: During a short period of time in which the United States Constitution’s Second Amendment applied to states and local governments within the federal Ninth Circuit through a case called Nordyke v. King, The Calguns Foundation and 5 other plaintiffs — including the Second Amendment Foundation — filed a federal civil rights lawsuit called Peña v. Cid (now Peña v. Lindley) against the California Department of Justice that challenged the constitutionality of the state’s “Handgun Roster” laws. The Peña case, helmed by civil rights attorneys Alan Gura, Donald Kilmer, and Jason Davis, was argued at the trial court on December 17, 2013, on cross motions for summary judgment and is currently pending decision.

For more information on the California Roster of Handguns Certified for Sale and its legislative history, please visit http://bit.ly/calhandgunroster.

To support Peña v. Lindley and other Second Amendment lawsuits, as well as educational resources like this, please make a tax-deductible donation to The Calguns Foundation at http://calgunsfoundation.org/donate.

The Calguns Foundation (CGF) is a 501(c)3 non-profit organization that serves its members, supporters, and the public through educational, cultural, and judicial efforts to defend and advance Second Amendment and related civil rights. Supporters may visit www.calgunsfoundation.org/donate to join or donate to CGF.